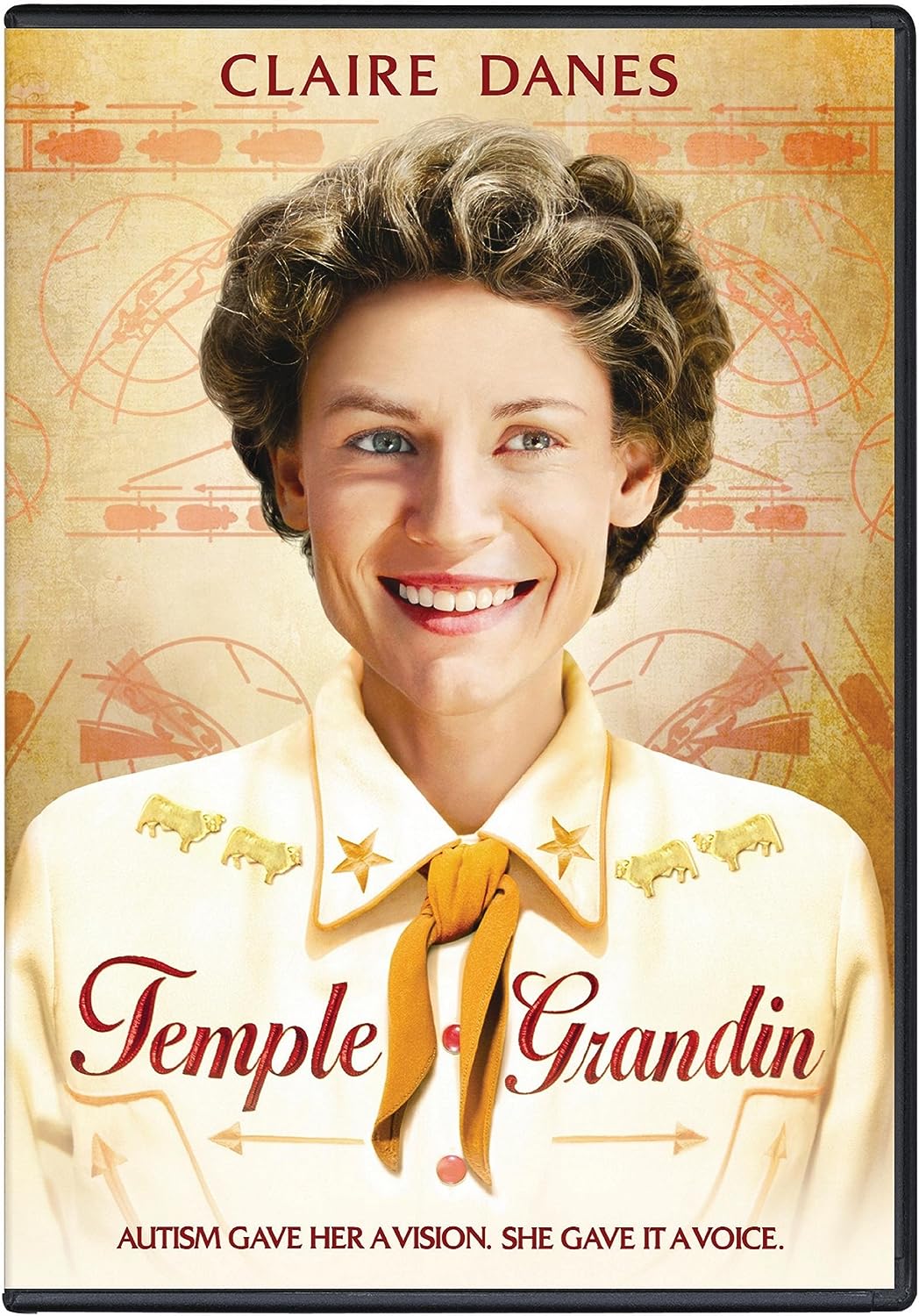 It doesn't take long to see that Temple Grandin, the main character in this eponymous HBO movie, is, well, different--she (in the person of Claire Danes, who plays her) tells us before the credits start that she's "not like other people." But "different" is not "less." Indeed, Grandin, who is now in her 60s, has accomplished a good deal more than a great many "normal" folks, let alone others afflicted with the autism that Grandin overcame on her way to earning a doctorate and becoming a bestselling author and a pioneer in the humane treatment of livestock. It wasn't easy. The doctor who diagnosed her at age 4 said she'd never talk and would have to be institutionalized. Only through the dogged efforts of her mother (Julia Ormond), who was told that "lack of bonding" with her child might have caused the autism, did Grandin learn to speak; to go to high school, college, and grad school; and to become a highly productive scientist, enduring the cruel taunts of her classmates and the resistance of many of the adults in her life (most of whom are shown as either narrow-minded prigs or macho, chauvinist jerks). Her lack of social skills and sometimes violent reactions to the overstimulation in her environment made it tough to fit in, to say the least. Danes, who is in nearly every scene of director Mick Jackson's film, is remarkable, embodying Grandin's various idiosyncrasies (such as talking, too loud, too fast, and too much) without resorting to caricature. Jackson does a marvelous job of depicting not only her actual accomplishments (among other things, she took the "squeeze machine" created to "gentle" upset cattle and adapted it for herself, using it to replace the hugs she never got as a child; later on, she revolutionized the systems used to prepare cows for slaughter, as well as the design of the slaughterhouses themselves), but also her more abstract talents, especially the extraordinary visual acuity that enables her to remember virtually everything she's ever seen. This is mostly Danes's film, but the whole cast is top-notch, especially Ormond, Catherine O'Hara as Temple's aunt, and David Strathairn as one of the few teachers who saw Grandin's potential. Captivating, compelling, and thoroughly entertaining, Temple Grandin is highly recommended. --Sam Graham

Based on the writings by its title subject, HBO Films’ Temple Grandin is an engaging portrait of an autistic young woman who became, through timely mentoring and sheer force of will, one of America’s most remarkable success stories. With a tour de force performance by Claire Danes in the title role, the film chronicles Grandin’s early beginnings as a child diagnosed with autism; her turbulent growth and development during her school years; and the enduring support she received from her mother, her aunt and her science teacher. Against all odds, Temple eventually transitioned into a highly-functional, esteemed inventor in the cattle industry, which she revolutionized with her scientific research and designs. This visually inventive film offers stunning insights into Grandin’s world, taking the audience inside her mind with a series of snapshot images that trace her self-perceptions and journey from childhood through young adulthood to the beginning of her career, and beyond.